Ok, so I’m a little late in the “nursery reveal”, since Colton just hit the 7 month mark last week, but I’ve had a ton of people ask what we did for his nursery, so I still wanted to show you a peak inside at some of the custom design work that was done in his mostly navy and ivory room. So step inside… 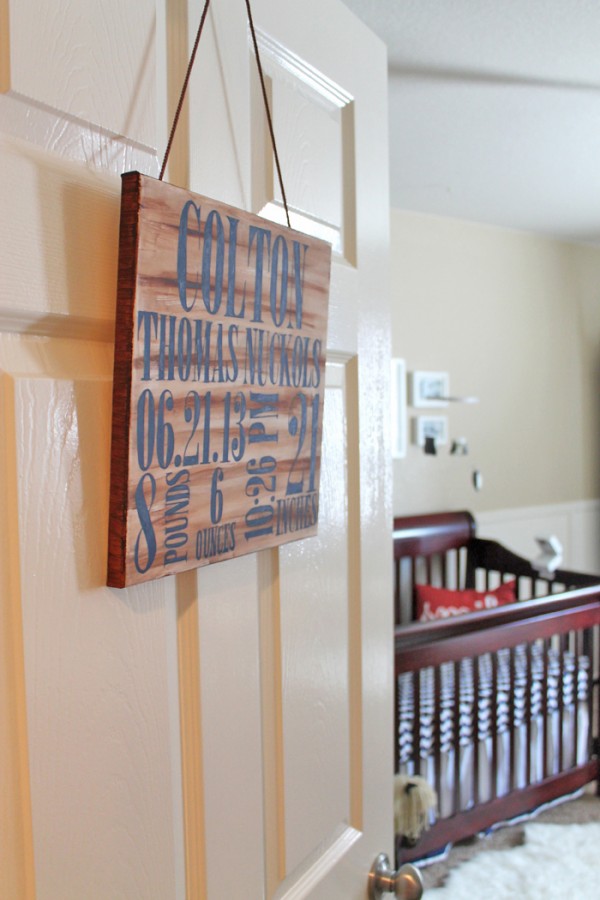 Most of the nursery was DIY, but we were lucky enough to have an artist in the family (my sister-in-law, Liz) who painted the door sign above and the actual painting of our little man below. (she actually does the portraits straight from a photograph and can do it of newborns, children, and really any other photo that you may have, shoot her a message here: elizabethizziann@gmail.com, if you want more details on the custom paintings). Sorry for the plug – but these were both awesome surprises and gifts for us that we truly love to showcase in Colton’s room, so I couldn’t help but share! 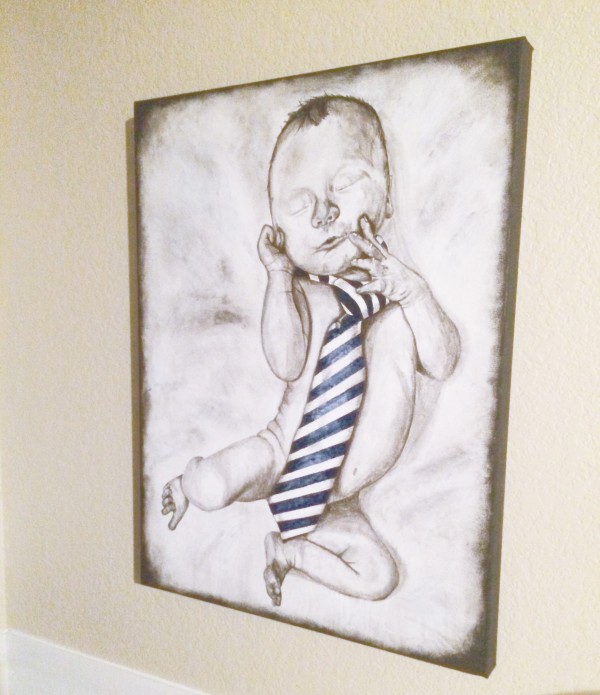 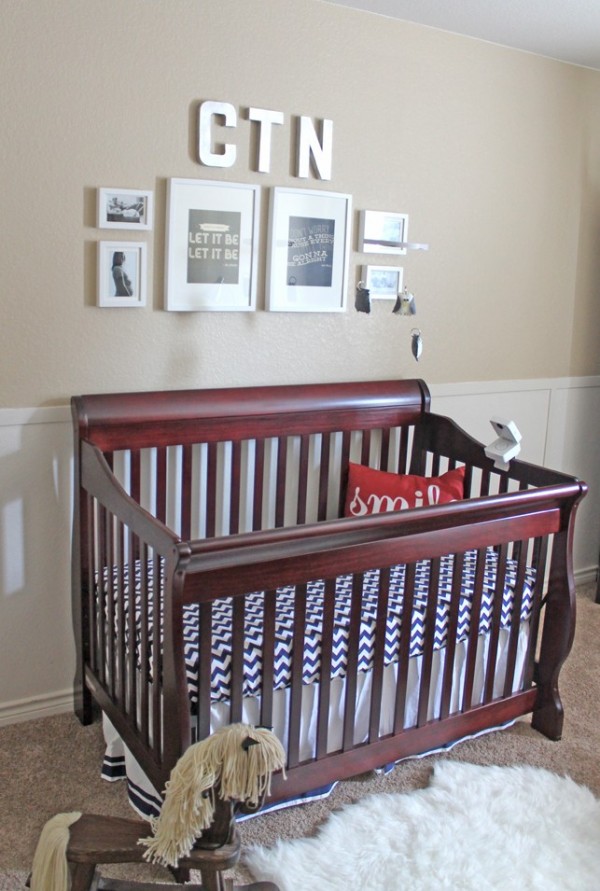 The adorable rocking horse was actually something I found in my grandpa’s basement after he passed away, so i though it was a great addition to the room. 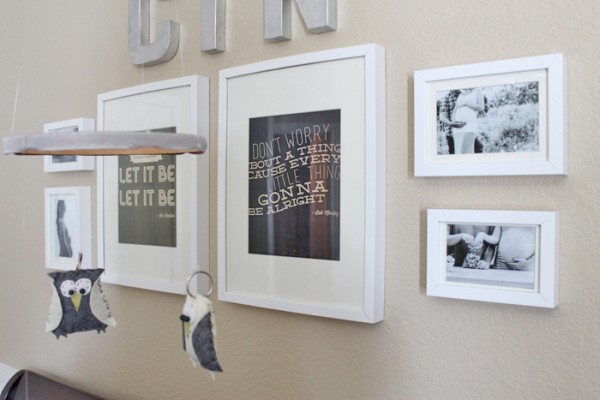 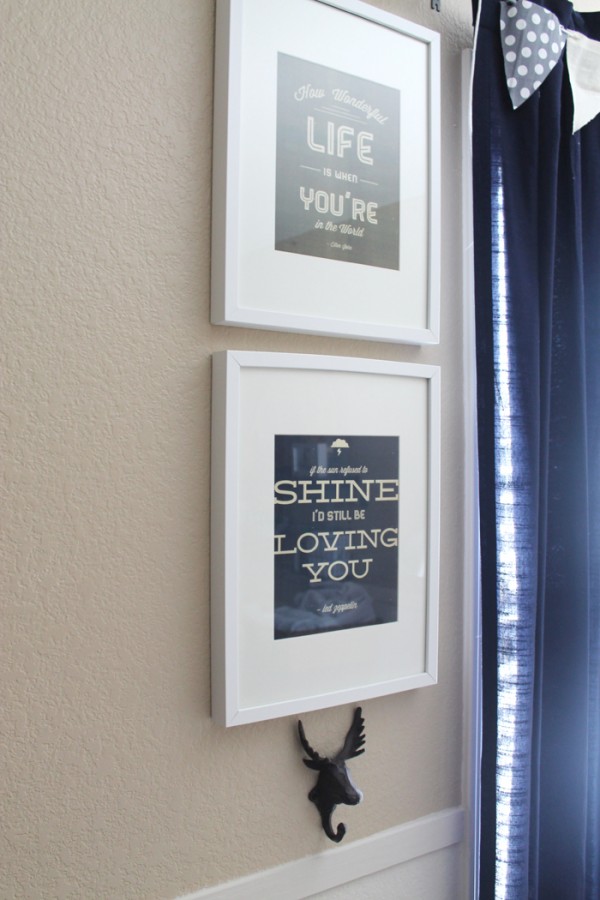 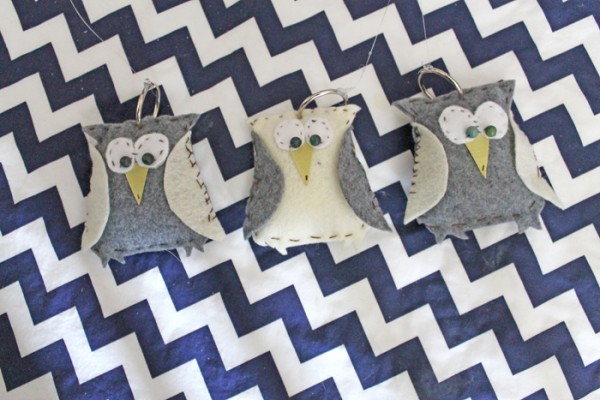 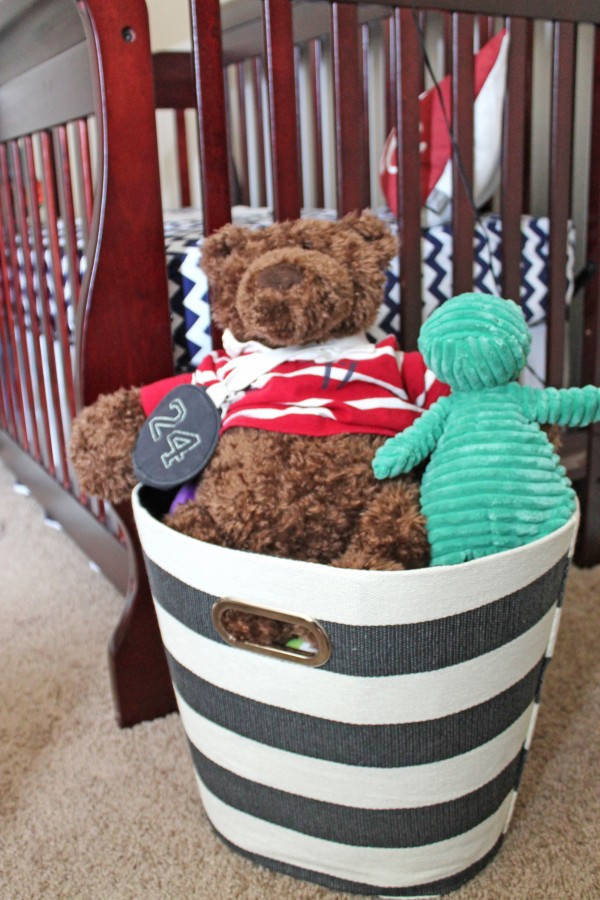 Above his crib (and a couple other places throughout his room), I took lyrics from some of our favorite songs and made them into artwork and picked up a few of the basic white frames from Ikea. The letters are cardboard (from Hobby Lobby) that I painted to look like metal. I whipped up the flag banner above the curtain with some excess fabric i had laying around, and the handmade owls were made by yours truly in a moment of nesting. You’ll also see a few shots that the awesome Lauren Reynolds Photography captured for us when the little guy was still in the belly. 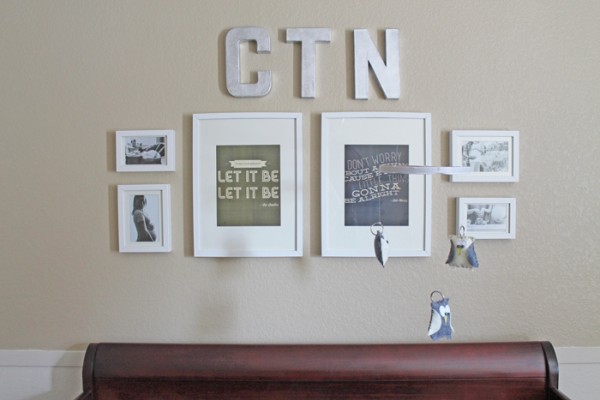 When i was envisioning what i wanted to do for Colton’s room, i knew i wanted to give him his own logo that i could showcase somewhere in the room and that we could use on his baby albums and more as he grew up, so i first designed the logo on the computer, printed it and then wood burned it into the pieces of a stump that a local landscaping shop gave to me after I told them what i was doing with it. The wood burning was a challenge, because the wood was not very level  and as i was trying to burn over the paper it would burn the paper too so i had to move quick. I did try etching it on the wood first with carbon paper but it wasn’t dark enough to see really. Our organization baskets are actually from the kitchen section at Ikea as well. And Tommy and his uncle were able to add the trim to the wall to resemble wainscoting.

The words around the circle itself say, “First we had each other, than we had you, now we have everything. Established in 2013” 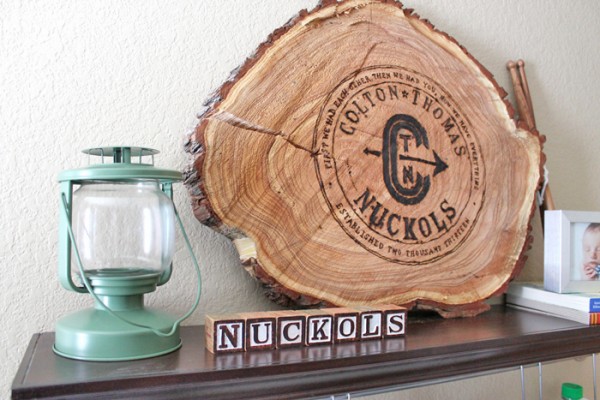 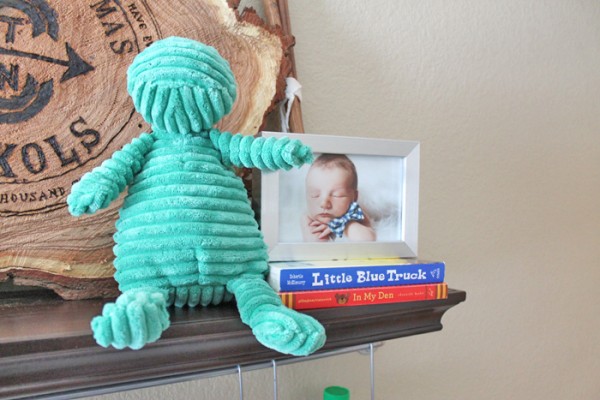 Newborn shot of Colton by Lauren Reynolds Photography And, i shopped and shopped for the perfect pillow for the rocking chair but never found it, so i actually made this one as well.

And because no post about a baby is complete without the baby, here’s a look at the handsome little man himself! 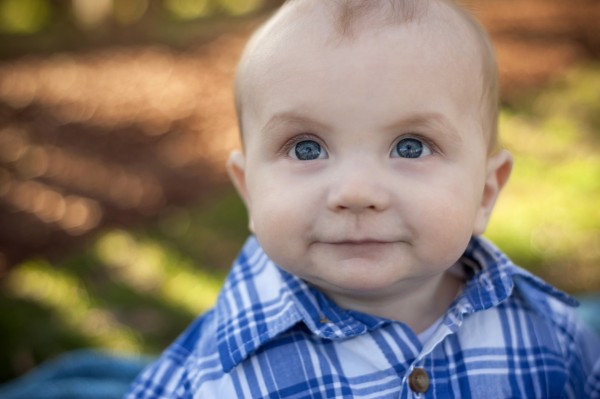 sign up for our newsletter and recieve tips, tools, and notifications for upcoming events

Do you see the glasses? Swipe to see the inspirati

Do you see the glasses? Swipe to see the inspirati

Rise and shine lovelies... it's the last #Monday o

Can we make a difference in your business?
Request a copy of our media kit.

Although we call Texas home, we happily work with clients worldwide.